Jepar and his sons on falconry - Bashkortostan, Russia 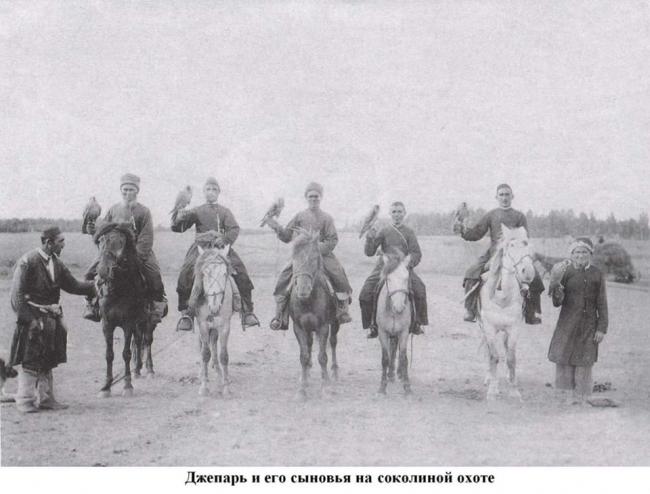 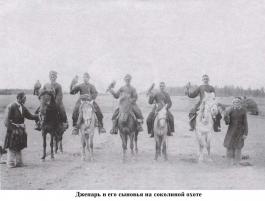 In falconry - essays from Bashkortostan Perm

The most rare and interesting species of hunting and even now, in some places preserved is hunting with birds of prey. The travelers of the last century, to whom we owe a mass of very important information about the past life of the Bashkirs, are paying serious attention to falconry. Lepekhin believed that the Bashkirs "as in parsing, and the content now (hunting) birds no training pomytchiku not yield" As noted by the same author, "Bashkirs as to the nature of the great hunters to birds of prey, always try to get the young falcons from nests and home raising their cost-conscious; and a great cry lifted in order to find the stove, where the falcon has its nest; For such a cry of fear and causes them to force them to leave their nests. "
In the first decade of the twentieth century. Bashkirs only hunted with falcons and hawks. Training hunting bird, whether it is a falcon or a hawk, was to teach the bird to sit on the arm of the hunter. Her first starved, not giving her for several days neither food nor water. Thus exhausting bird hunter Sadilov her on the hand and gave her from the hands of a little meat, whistling with a special twist. This operation is performed as long as the bird is not completely mastered. Then the hunter makes a bird fly into the hands, first to the closest distance, then a fairly large, and in his hand he was holding a piece of meat, then replaces the lure. In the early days of training the falcon did not descend to the hands for days on end, trying to tire him, not letting him rest for a minute. When the bird is so tamed that will be the first call to rush to the hunter's hand, it begin to hunt. On foot hunting bird imposed stubby-straps ProtectionBoots (Cais, tyshau), in which is threaded a long belt (the lasso). Hood, as far as we know, the Bashkirs did not and was not.

According to the memoirs of Nikolai Beldytskogo the beginning of the twentieth century. falconry is almost completely gone, but "the only village (Dr. Borisov, Shadriskogo County.) throughout the Permian Bashkiria, where even survived a person two or three a passion for ancient Bashkir pastime - falconry" has remained. "There is no doubt that it will go away soon and here ... and it becomes too limited space for this youthful fun. Tight circle surrounded Bashkiria Russian settlements, and it has lost its Privolny, virginal character ... "
. Here in the village of Borisov that his hunting N. Beldytskogo introduces Gabdul Djeparov Kinikzhakaev - "the venerable Elder, 75 years old, which is considered the best hunter - falconer among the Bashkirs. His family was numerous: five wives and twelve children ranging in age from 35 years to one week. At last, the beautiful wife all the time sounds ringing of silver coins, which studded with thick braids and neck beauty. The fate of the first two wives-old women was sealed deleted as unnecessary in the rest.
Djeparov explained that they get falcons are trained calves and their homes on pigeons. The next day, the whole cavalcade, consisting of five people leave on falconry ... From the thick reeds of a small lake flew noisily, hiding there, kryakovaya duck and climbed to the top. Djeparov released his falcon. Smooth wing flapping predator rose to a blue top and saw the height of his victim. In a moment he found himself on it and suddenly "like black lightning", rushed at her ... sharp predator's claws dug into the back of the unfortunate bird.
At the end of the hunt for a meal of tea began to question the Jepara about the life of the Bashkirs. He poured in the complaints. "Bad habitation Bashkiria now! Earth a little cramped. Soon the horses can not hold a lot, but little mare: Bashkirs dies. Bad. Russian briskly constricts us ... Lake dries, the fish dies. Grass little mare bad. It's bad. Closely. How to live on and we do not know. Most of Bashkiria's time to disappear. Allah has turned away from him. Fathers and grandfathers loved, but we do not. "

The author of the essay asks: "long overdue and aggravated" Bashkir question ", one of the many national issues have become more and more keen and strongly waiting for radical solutions every year. ... Before them (Bashkirs) is a fatal dilemma: either completely degenerate and disappear, as has already disappeared many nationalities, too original to assimilate or produce the most radical break with the whole structure of life and adapt to new forms of struggle for existence. "

Thank you, kind Djeparov for hunting ... Farewell, the last of the Mohicans!