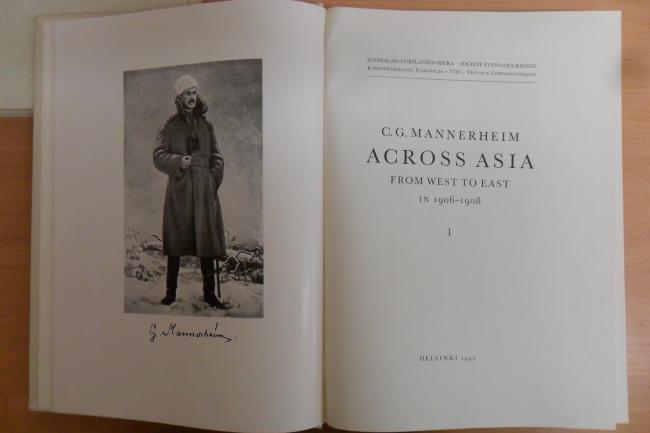 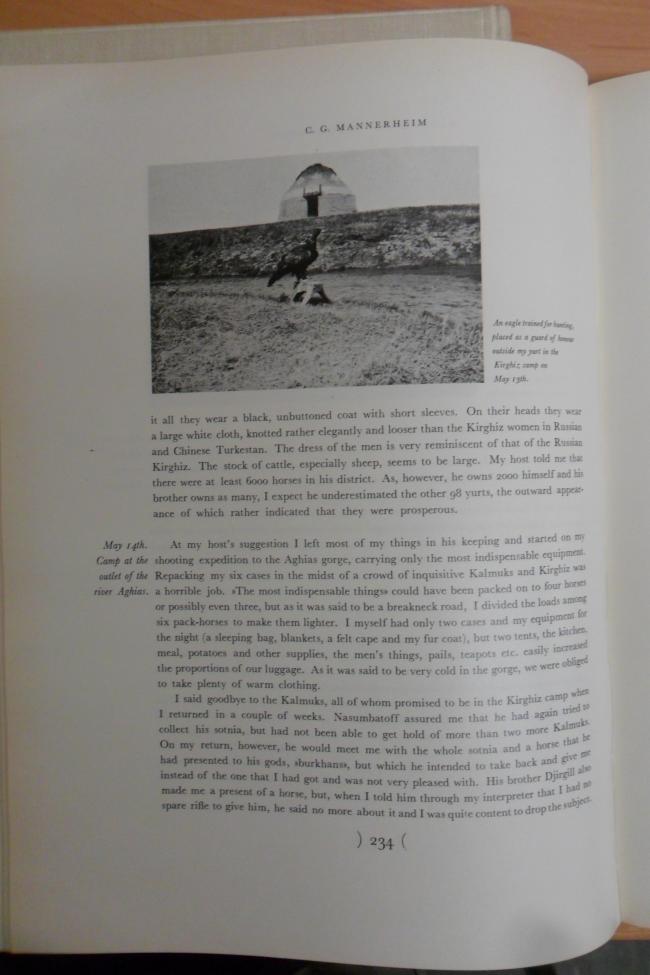 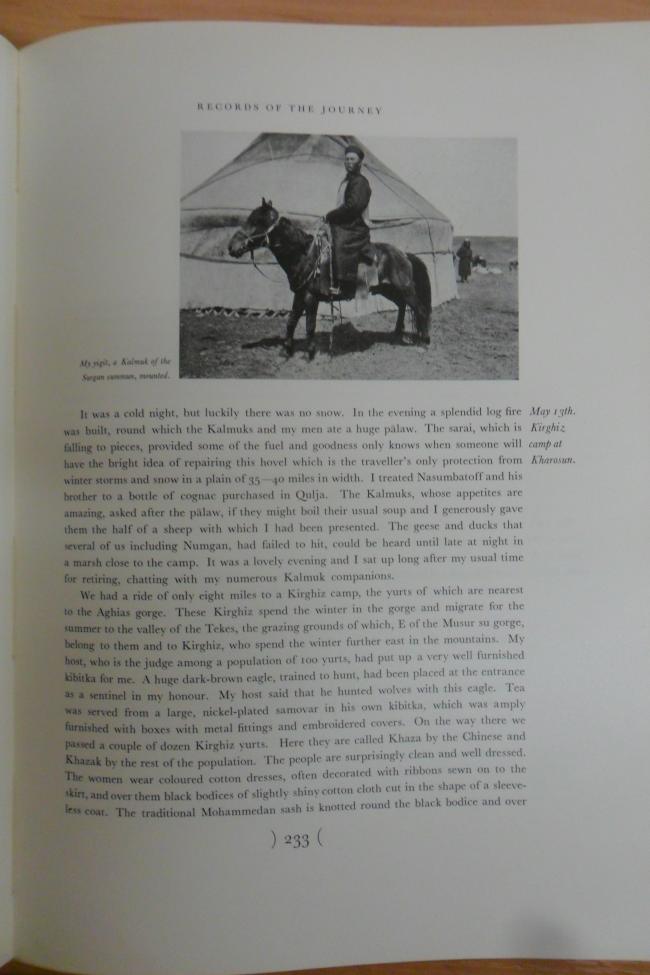 Text on page 233. May 13th (1906). Kirghiz camp at Kharosun. A huge dark-brown eagle, trained to hunt, had been placed at the entrance as a sentinel in my honour.

Footnote to picture on p.234. An eagle trained for hunting, placed as a guard of honour outside my yurt in the Kirghiz camp on May 13th.

Details about the book - http://www.meridianrarebooks.co.uk/CENTRAL%20ASIA/8195.html

Yakushi M74. This is an account of Mannerheim’s expedition through Northern China, published in Finland shortly after the cessation of the Winter War with Russia. Ironically, it was during his time as an officer in the Russian Army that Mannerheim received orders to undertake the expedition. Mannerheim joined the French archaeologist Paul Pelliot, and they travelled together from Tashkent to Kashgar. They thereafter separated, Mannerheim first heading to Khotan via Yarkand on an intelligence mission before continuing his journey through the Tien Shan to Urumchi and on to China. He met the thirteenth Dalai Lama at Utaishan, collected all manner of object (donated later to the Société Finno-Ougrienne), made observations of regional customs, languages and archaeology, and took many photographs. The present set contains both Mannerheim’s narrative (vol. I), and scientific results by different members of the expedition (vol. II).